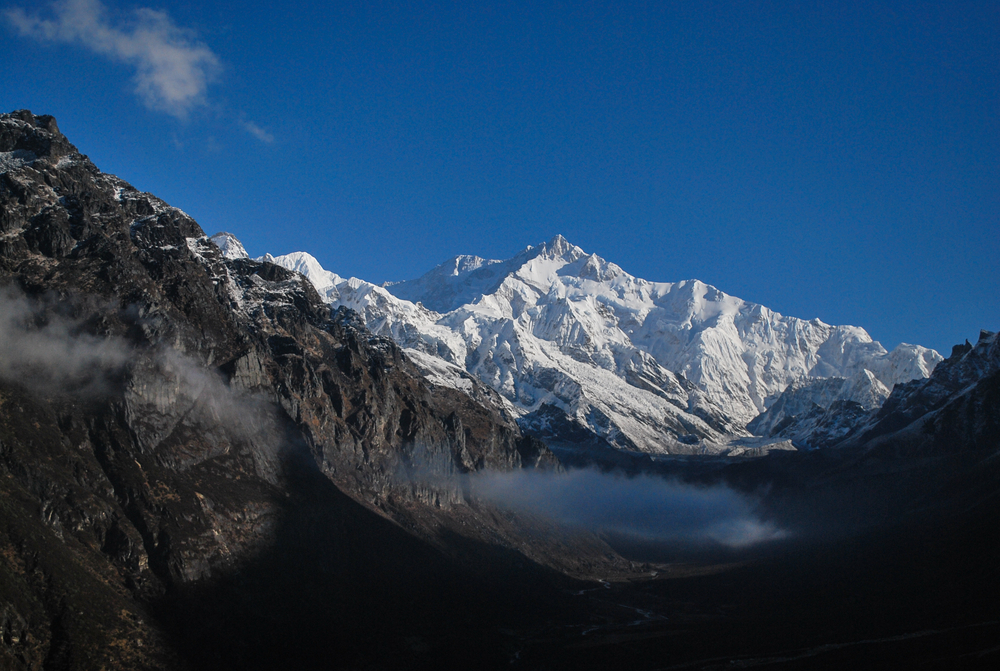 Kanchenjunga is the world’s third highest mountain with its height 8,586 m. forming Nepal’s Eastern border with India’s Sikkim. The name Kanchenjunga suggests its meaning as ‘five great treasures of snow in the Tibetan Language’ and the meaning points to the idea of spectacular mountains to look forward to.

The trek described below is a circuit that includes a visit to the Pathibara Temple, that is a very important spiritual site for several Indian and Nepali pilgrims. The trek starts from Taplejung. The path goes north to Ghumsa make a climb to the Kanchenjunga Base Camp (5143 m) probing a spectacular high alpine landscape. To move to the east you go through passes leading to the Yalung Base Camp (4500 m), after that, it goes back south to Taplejungth ending point of the trek where we started.

The native communities in partnership with WWF manage  Kanchenjunga Conservation area. That falls on our route of the trek. Pristine forests, alpine meadows, and high-altitude wetlands are home to the endangered snow leopard and red panda, the vulnerable Himalayan black bear, clouded leopard and Assamese macaque. The area is one amongst the least densely inhabited areas in Nepal.